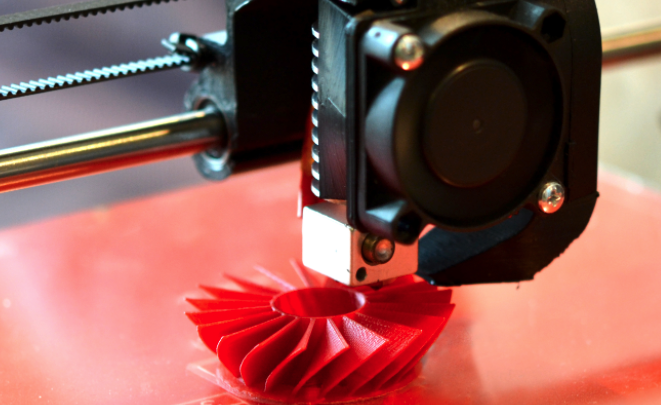 3D printers are taking the world by storm and changing how industries are making their products! The new technology is fast, flexible, and opens up the creative possibilities of innovation. Engineers around the globe are now utilizing additive manufacturing to make 3D printed rocket ships, 3D printed hearts, and 3D printed homes! The possibilities truly are endless. So this makes the technology sound like magic, but how does it actually work? Here we explain how 3D printing and additive manufacturing work at 3 levels of engineering.

Think of a 3D printer like a hot glue gun. As the glue gun gets hot, glue can come out of the gun and stick to something once it is cool. Imagine if you had a layer of glue placed on a piece of paper. Once it has cooled, the layer will be stuck on the paper. Then you can put another layer of glue on top of that first layer of glue. These two layers of glue will now be stuck together. Keep doing this over and over until you have many layers stacked together.

Imagine that these glue layers are like layers to a cake. You can put down one layer in a certain shape. Then the next layer on top can be a different shape but still on top. The layer after that can be a different shape as well. Each layer on its own may look weird, but once they are all stacked together, they make a cake! Just don’t eat the glue! 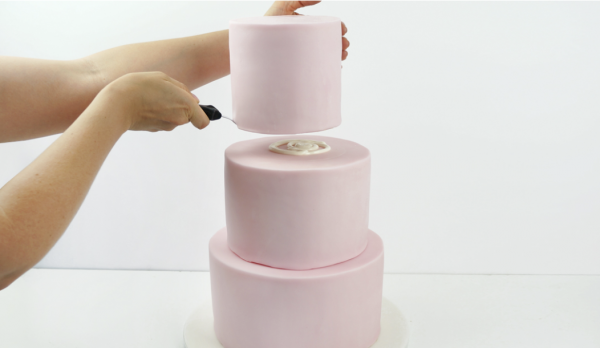 The process of 3D printing starts by designing an object in Computer-Aided Design (CAD) software. Inside of the CAD software, you can create models of any object you can think of such as a table, a water bottle, or even a rocket ship. Anything! Once you have created the model of an object in the CAD software, you would export that file and then import it into another software called Slicing software. The slicing software will slice the 3D object into many thin 2D slices. Think of this like getting an entire loaf of bread, but then cutting thin slices into it. A single slice is just a slice of bread, but when all the slices are put together, there is a whole loaf of bread.

Once the slicer is done, you will have many 2D slices that can tell the printer where to print. If the printer is a hot glue gun, the 2D slices tell the printer what shape to output glue onto the printer’s build plate (the base of the 3D printer). However, instead of glue, the printer will be extruding thin lines of filament which is often a plastic material but could be a metal, ceramic, and many other materials.

The 3D printing process starts by designing a model of an object in Computer-Aided Design (CAD) software. These models will be replicas of real-life objects, however now in digital 3D space. You can make anything you can think of. Once you have created the model of an object in the CAD software, you would export that file and then import it into another software called Slicing software. The slicing software will slice the 3D object into many thin 2D slices. The slicing software will give every spot on the object a location relative to the origin in x, y, z space. This means that the software will record exactly what location the printer should be releasing/extruding material at. These locations get put into a giant set of coordinate locations called Gcode. Think of the x and y-axis as 2D shapes that are flat on the print bed. Each one of these flat layers has a z component as well which tells the printer how high this layer is. Once a layer is finished printing, the printer will move to the next z level to print a layer on top of the previous layer.

There are many kinds of 3D printers but the type we are discussing is called an FDM printer or Fused Deposition Modeling. This means that material is going to be deposited/placed and then when more material is placed next to that original material, it will be fused together. This fusing is done by the printer’s hot end. It melts filament together and then the filament cools off to dry once the hot end of the printer is no longer near it. This is the mechanism that makes a 3D printer similar to a hot glue gun.

As the printer releases material at each coordinate point inside the Gcode, it will keep going until it runs out of coordinates to release material. Once it is out of locations to extrude material, the machine will finish the print job.

So after reading that, you now know that 3D printers are just fancy glue guns that place their glue on very specific locations in 3D space. That’s it! The technology does have its limitations to what it can make, it is not complete magic yet. However, the possibilities are still endless since they are very versatile machines.

Tresca is Here to Help

Here at Tresca, we’re ready to help you with your next invention & engineering project. If you want to learn more about how our team can help you during the engineering process, please contact us today to discuss how we can work together.